While ČD Cargo is eagerly awaiting the pan-European approval of its TRAXX 3 MS locomotives, it currently relies on a very diverse fleet of (leased) Vectrons locomotives to cover its own demand for interoperable modern traction, and that of its foreign subsidiaries. This has made the Cargo-blue fleet extra railcolorful – we bring you an overview with wonderful pictures:

We would like to thank Karl Goessmann, Jakob Lampl, Nino Haller, and Christopher Eibl for their new photos contributions to this coverage. 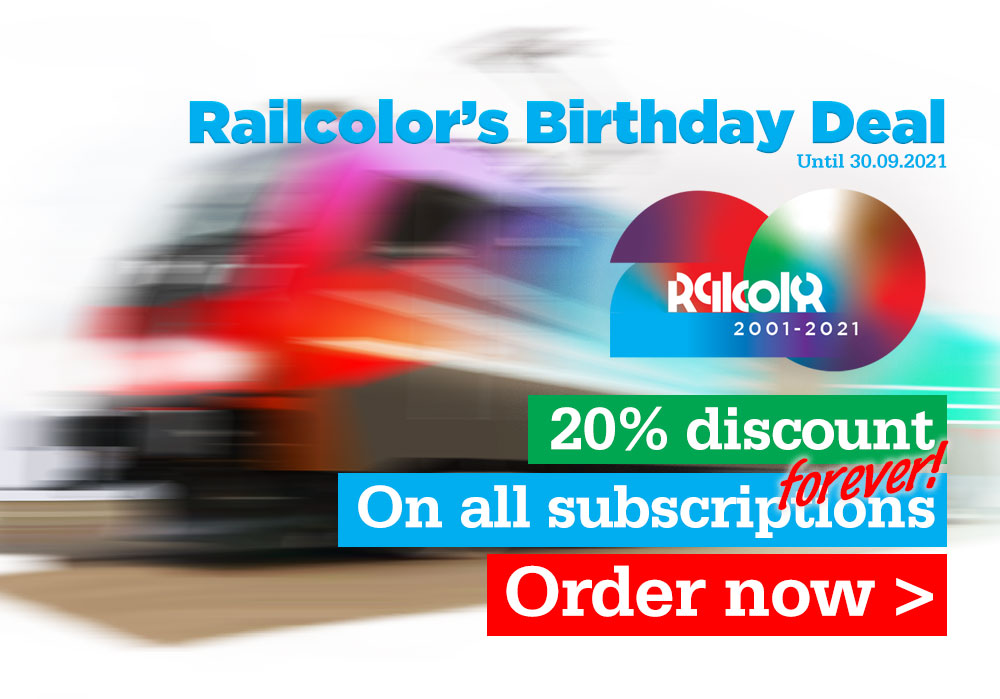 The standard and the exceptions

ČD Cargo’s two-toned blue livery, also nicknamed “najbrt” in Czechia, was applied to all Vectrons. Nine machines got the “standard” stickers; the map of Europe with Czechia in the center and arrows pointing in all directions. The slogan “Across Europe” is repeated in CZ, HU, DE/AT, RO, PL, and SK languages.

There are four exceptions though. The very last exception, made in September 2021, is the very first locomotive of the operator: 383 001 received its special livery for the occasion of pulling the #ConnectingEurope Express on 25.09.2021. It features a large Czech flag on a dark blue livery and a white map of Czechia surrounded by a circle of yellow stars representing the European Union. The sign “ČD Cargo in the heart of Europe” is added, in the English language on one side and in the Czech language on the other side.

Locomotive 383 004 is celebrating 10 years of ČD Cargo. It features pictures of five locomotives from the history of Czech railways (three still in use – Class 111, 240, and 363) and a sign „175-year tradition in rail freight“.Locomotive 383 006 features the micro-website of ČD Cargo named www.1vagon.cz. This promotes the single-wagon traffic that the company is trying to keep alive using the dense Czech rail network. It features cartoonish countryside and a phantasy mixed freight train pulled by a Class 363 locomotive carrying various goods, including a space shuttle (..).

Locomotive 383 009 is the newest special livery. In 2018, Czechia was celebrating the 100th anniversary of the creation of Czechoslovakia in 1918. It features a large Czech (then Czechoslovakian flag) and the old logo of the state railway company ČSD.

In 2018, ČD Cargo continued its fleet modernization with new locomotives from Bombardier, now Alstom. At first, it ordered 10 TRAXX 3 MS locomotives, and in March 2021 the operator made a second call-off for ten additional locomotives from the framework contract. So far, these locomotives have only received temporary approval for operation in Czechia and they can’t be used internationally. Meanwhile, ČD Cargo is trying to grow on the European market – and for that, multi-system locomotives are a “must”. So ČD Cargo is reaching out to various leasing companies to cover its current needs.

Not only does this result in a diverse, colorful fleet. ČD Cargo also knows how to combine all these machines, up to five locos in front of a freight train! The many nice pictures of these transports caught our eye, so let’s show you some impressive examples, while we show you the five different “lease” liveries, on locos from three different leasing companies.

A big piece of the leasing pie, five locomotives, was given to Alpha Trains. ČD Cargo uses three locomotives, 193 584, 585, 586, in white and decorated them with company logos. In addition, two locomotives in yellow and silver were added – 193 587- and 588, also marked with ČD Cargo logos.

One locomotive is leased from MRCE. At first, ČD Cargo got 193 627, which kept its red Raillogix livery designed by Railcolor Design. However, this locomotive could not avoid ČD Cargo branding. In the summer of 2021, it was given back to MRCE though and replaced by the black 193 620, which got simple ČD Cargo logos.

Then a locomotive from ELL joined the party. 193 724 kept the usual green-black-white livery of the lessor, yet the white part on the side panel is covered in blue promoting “Železnice srdcem”, a foundation owned by ČD dedicated to helping railroaders and their families in need.

ČD Cargo uses its leased Vectron locomotives mostly for services ending abroad – mostly in Austria and Germany. What is remarkable is that many of them run in multiple. Hauling heavy timber or woodchip trains, especially in hilly Austria, in combination with the need of returning locomotives for their next duty elsewhere is creating colorful combinations. Especially, when one of subleased ZSSK CARGO Vectrons joins the party.