Yes, BoxXpress is also adding new Vectron locomotives to its fleet. The first one of a new batch, the first one we see, is the designated 193 834. The biggest difference to the older BoxXpress-owned machines? You see the red stripes, which means the locomotive can be used in Italy in the future, so the locomotive must have a different country-specific package.

The new 193 834 is a DE/AT/CH/IT/NL machine, meaning, BoxXpress can expand its container transport network considerably using its own machines. We are going to watch this development closely, let’s see when such a machine will come to the Netherlands, Switzerland or Italy for the first time. 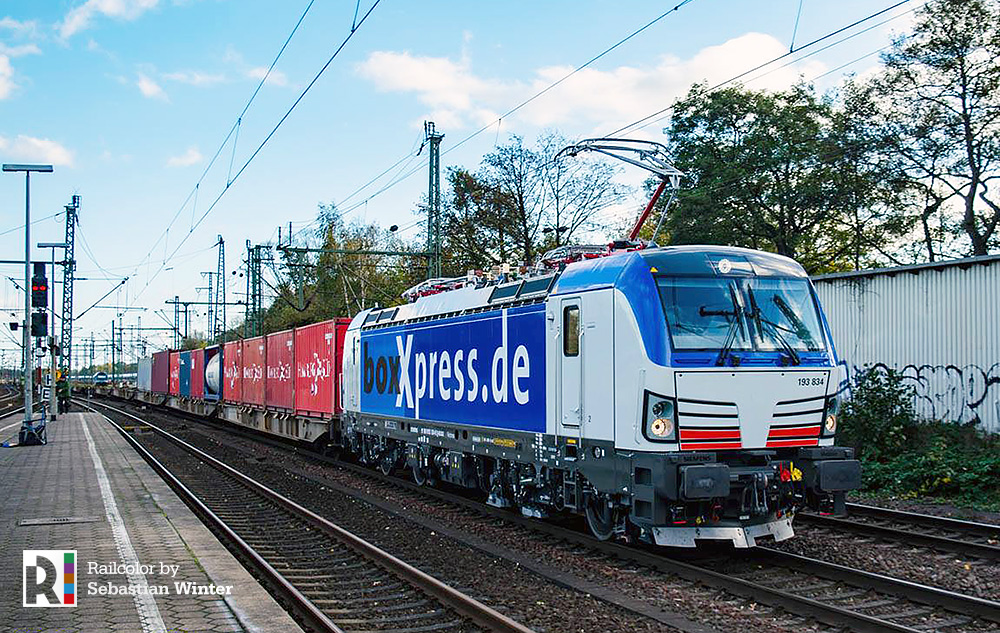