On 14.06.2022, hybrid DEMU no. EN63H 008 was presented at the main train station in Szczecin. It is the eighth train of its type and the first of those ordered under an additional contract signed at the beginning of this year – bringing the total of Newag Impuls2 Hybrids in West Pomerania to twelve. EN63H 008-012 will be delivered before the end of 2022.

EN63H 008 stands out from those previously handed over as its livery is different. It has the same pattern, but in blue and white and with extra golden stars, clearly a nod to the European Union. SKM Warszawa had a similar idea recently. 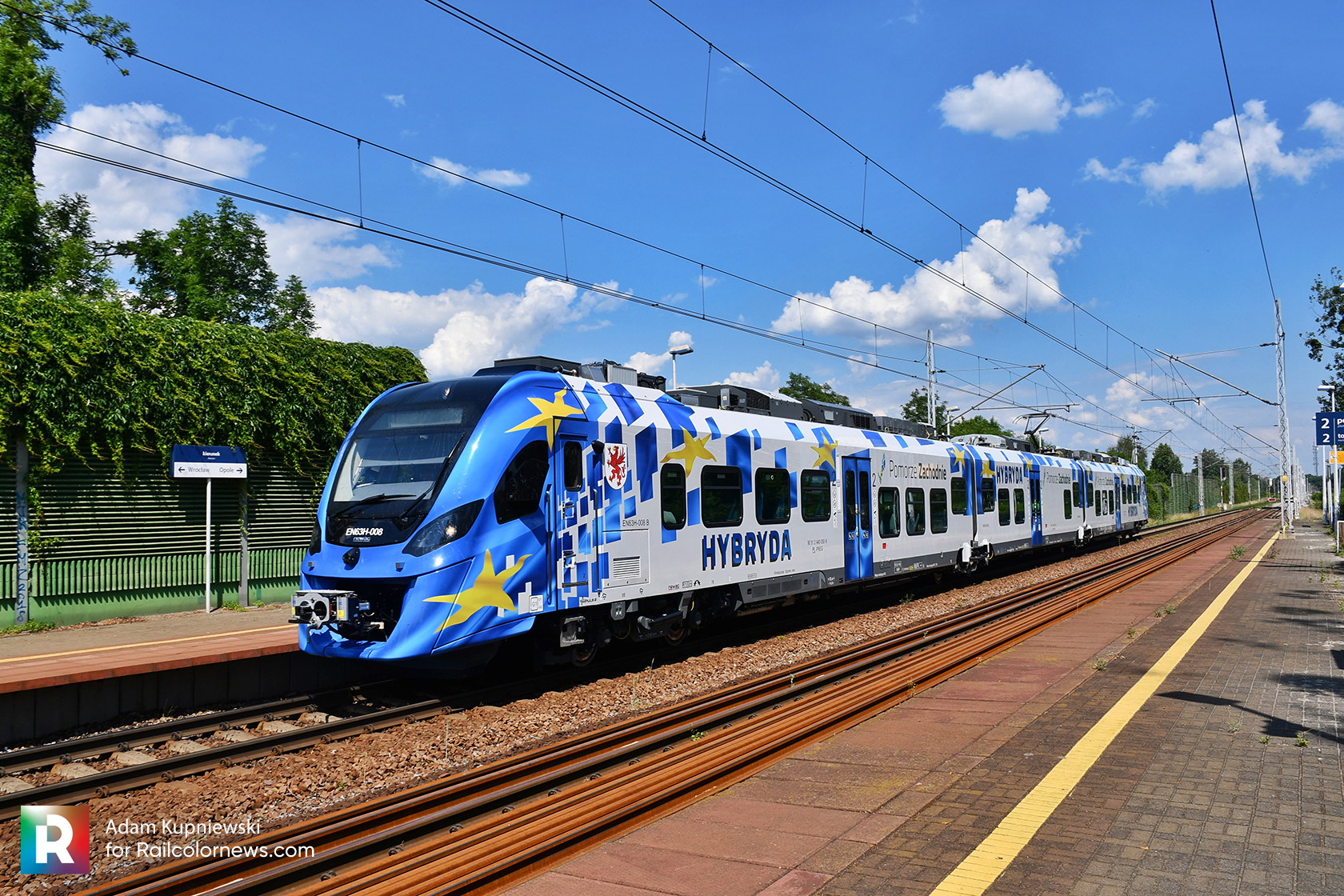 Technical parameters of the units

As mentioned above, the new train is the eighth for the West Pomerania region, although several other units are already running in Poland in other provinces: