The Bombardier-made tilting trainsets designated as X2000 recently underwent a major overhaul in Sweden. And these popular EMUs are still pretty much a backbone of the Stockholm to Gothenburg route when it comes to passenger services. SJ, their Swedish operator likes to use them for communicating green messages. A World Wildlife Fund (WWF) campaign is up next.

In 2020, we saw an X40000 unit, communicating the number of train journeys you can take between the two towns to level up CO2 emissions from a single flight. Now, another special trainset appears on rails – with even more complex stickers.

X2000 2013 got an end car and a first-class coach stickered promoting the 50th anniversary of the WWF. Apart from the well-known pandas, the campaign headline says “Är du med?” meaning “Are you in?” The campaign focuses on 50 different steps that everyone can make towards saving our only planet. Traveling in a sustainable way is among them. This makes the X2000 a perfect fit for bringing the message. The large planet seen from space complements the driving car.

The first-class coach behind the driving car is wearing the WWF panda logo as well as pictures of a polar fox, turtles, tiger, bees, gorillas, and an eagle. The remaining cars of the train are in the usual grey/silver livery.

The unit was captured on 26.04.2021 at Stockholm Central station by Svensk Jernväg. Check out the YouTube channel too for more videos from around Sweden: 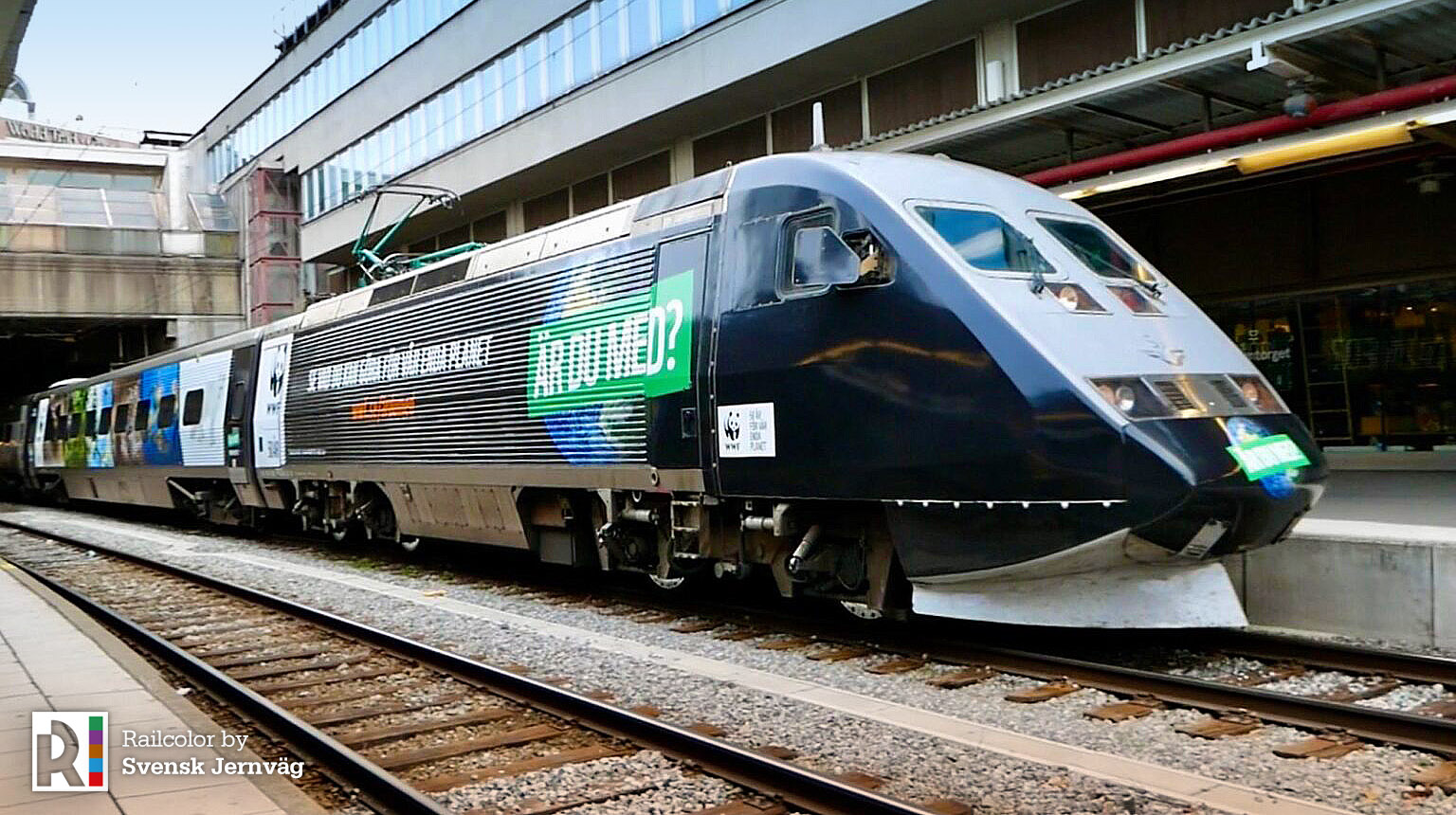