Welcome! Every week we bring you the latest news on new electric locomotives being built in Europe. New liveries and remarkable operator changes are also mentioned. Enjoy! Oh, do you have comments or questions, contact us here! When you want to receive an email every time we publish this item, you can subscribe to our mail list here.

Let’s discuss the future of the Central and Eastern European railway rolling stock market. Join the debate in March, 2018 in Warsaw. European Rolling Stock Forum 2018 is the largest and most prestigious business conference in the CEE, devoted to the railway vehicle manufacturing market in the region.

It is possible the biggest locomotive lease contract of the moment. In 2015 Railpool and Belgian rail freight operator Lineas closed a deal for hiring 36 (and possibly more / Railpool ordered 20 more machines in 2017) TRAXX locomotives for international freight transport on various European corridors. Full service is included.
It means that Lineas will replace the TRAXX DE/AT/BE/NL locomotives it is hiring from Alpha Trains with similar locomotives from Railpool. We expect that the Railpool locomotives will be more diverse regarding their country specific package, so Lineas will have more possibilities to use the machines in its network.
Slowly but steadily Lineas is now terminating the rental contract for its Alpha Trans TRAXX DE/AT/BE/NL locomotives. Lineas had 30 (!) in its fleet (186 206-235 / 2814-2843) so over the next years a considerable number of modern multi system electrics will become available to the lease market, very interesting to other operators. So, who are the new customers for the locomotives that have been given back by Lineas? We are recording:

Bombardier is currently finalising its newest multi system electric locomotive for freight traffic in Europe. Step by step the manufacturer is bringing images of the final phase of construction of the new ‘MS3’. Read more

DB Fernverkehr and its golden 101

As part of its cooperation with Olympic Team Germany and the German Paralympic Team, Deutsche Bahn has presented locomotive 101 071 in a new golden livery. The machine will be a ‘rolling ambassador’ until the end of the Tokyo 2020 Olympic games. Read more

Polish rolling stock manufacturer Newag had to deliver five Griffin locomotives to ING lease and operator Lotos Kolej. A contract was signed in December 2015. Last year we saw the first blue and silver locomotives being completed by Newag and made ready for delivery. But this never happened. Rynek-kolejowy.pl is reporting extensively on the matter here, here and here.

Newag has decided to terminate the contract and has bought the locomotives back from ING Lease. Via its own Newag Lease subsidiary the manufacturer is now looking for new customers for the new machines. So far, a new operator has been found for locomotive E4DCd-001, 002 and 003: Orlen Koltrans.

Siemens is on fire. Many new Vectron locomotives are being outshopped every week. Lets start with an overview of the machines recorded last week:

Hupac: First Vectron locomotives are out

In 2017 Siemens produced the first of eight Vectron locomotives for Hupac from Switzerland. On 01/02.02.2018 a transport of new Vectron locomotives was seen in Nürnberg/Aschaffenburg including the first two Hupac, the designated 193 490 and 491. Both are painted in a plain blue livery – logos / decoration are still missing. The locomotives are equipped for services in DE/AT/CH/IT/NL.

Meanwhile the prototype models are being presented, like this one from Hobbytrain: 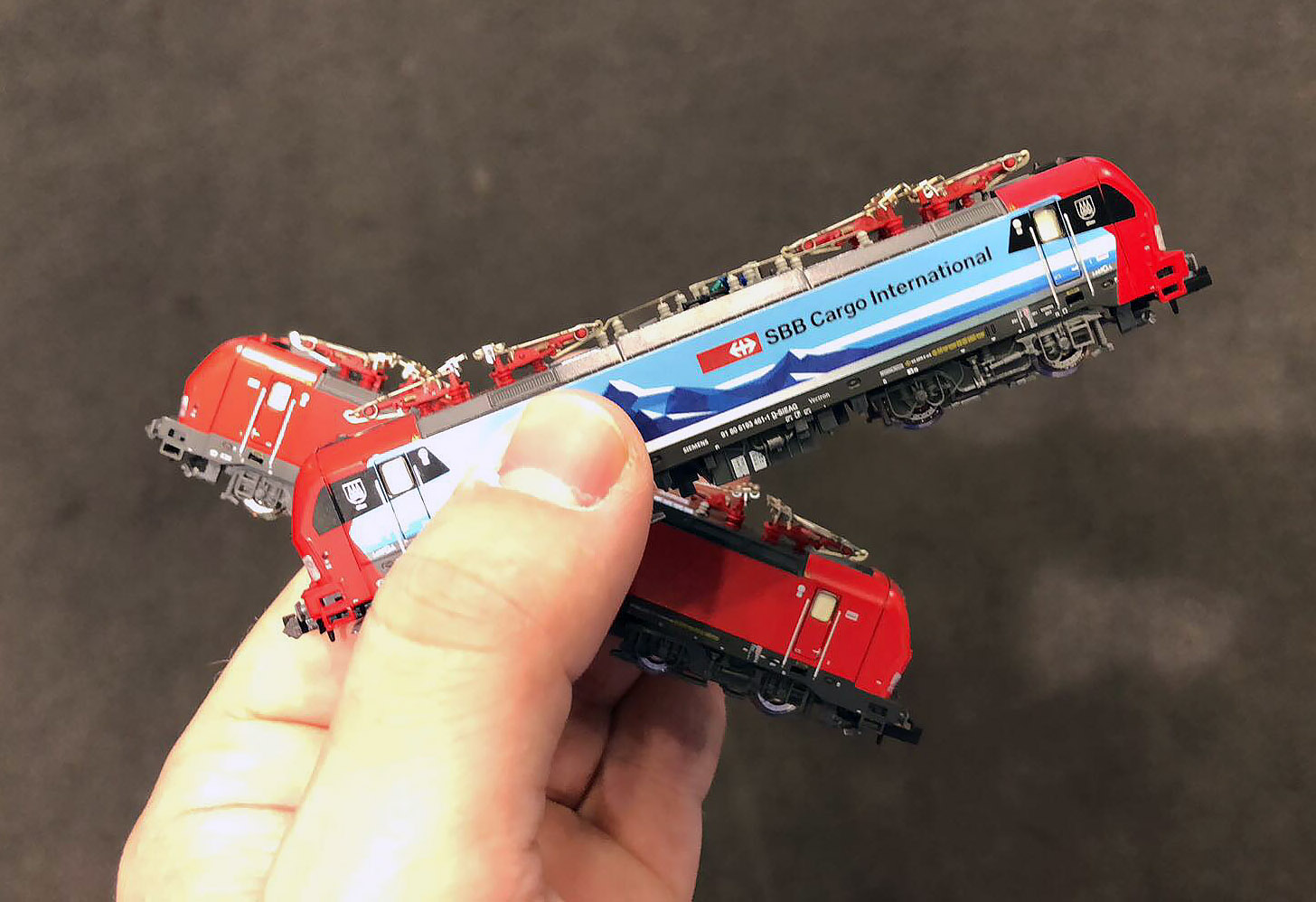 MRCE: X4E-675 made its first appearance

We were worried, did MRCE’s X4E-675 exist or not? The 36th multi system locomotive for the lease company appeared in the planning, but was not seen until today. MRCE now owns the X4E-640 to 675, all with DE/AT/IT package. Siemens can now start with delivering Vectron DC locomotives and Vectron MS locomotives with DE/AT/CH/IT/NL equipment.

ÖBB and Vectrons: an update

Did you know this one? Modernised 1142s in Croatia

As part of our story about the new livery of HŽ Cargo we also brought information about these modernised machines: the 1142s. Read more

Oh, do you have comments or questions, contact us here! When you want to receive an email every time we publish this item, you can subscribe to our mail list here.