Alpha Trains: Last week, former SNCB / B Logistics / Cobra / Lineas locomotive 186 204 was in Krefeld for preparations for its next operator: Railtraxx from Belgium.

BLS Cargo: A good portrait of BLS Cargo 412 with its new stickers:

CTV: For some months now, CTV 189 700 is in Sopron, stabled behind the GySEV workshops. This results in many specualtion and rumours. The locomotive is in Sopron for repair. It has not been sold to GySEV.

DB Fernverkehr: Out and about, the future 147 552 for DB Fernverkehr, to be operated on the Gäubahn between Stuttgart and Zürich.

ELL > České dráhy: We are coming closer to a final design for the ten ELL Vectron locomotives that will soon enter service for operator České dráhy, the Czech state railways. The operator has released a new design proposal last week. Of course we could not let this pass by without making our own photoshop impression: 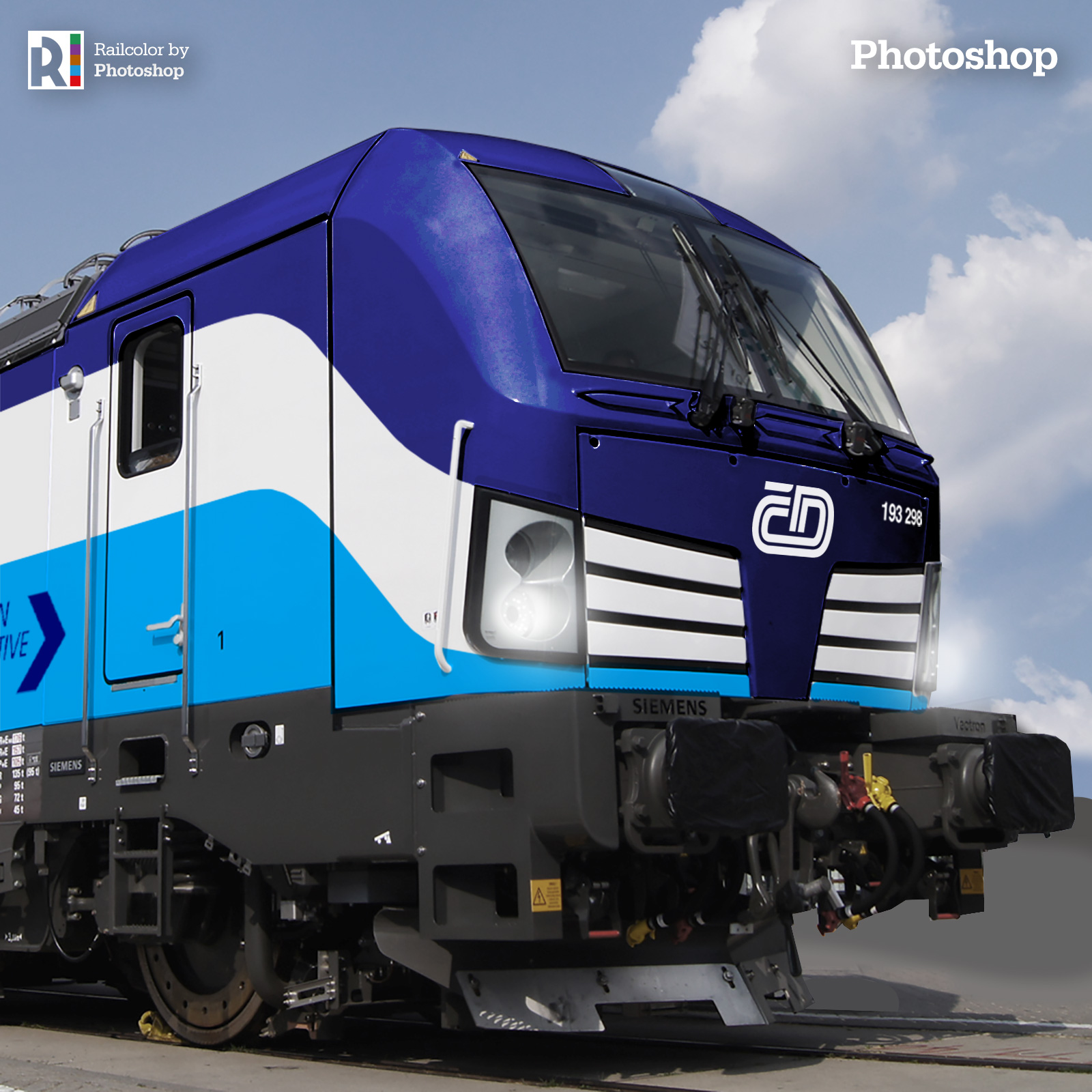 S Rail Lease: Railtrains.sk has released a photoshop image of the, according to them, final design of the Vectron locomotives the ZSSK (state railways of Slovakia) will lease from S Rail Lease. This new company has been selected to provide ZSSK with ten multisystem electrics, news that is now also confirmed by Railwaygazette.com. Locomotive 383 101 is the first of the batch that will be used for intercity services connecting Bratislava and Košice. S Rail Lease was established in July and property of S Slovensko (97%) and Slovenská sporiteľňa (3%), both part of Erste Group from Austria. The first three locomotives are expected to be available by December 10 2017, a further four by June 30 2018 and the final three by December 31 2018.