On 07.03.2019 Pesa Bydgoszcz and Czech private passenger railway operator RegioJet signed a contract for the delivery of 7 two-car trainsets of the new subtype Elf.EU.

The agreement, which was signed at the Polish embassy in Prague, has a value of CZK 0,5 billion (EUR 19,52 million). The delivery of the seven new train sets is scheduled for the second half of 2021.

At the end of 2018 RegioJet was selected by the public transport authority of the region to operate the following lines:

Czech railway infrastructure manager SŽDC is to electrify the 2 km long section between Louka u Litvínova Litvínov before the new EMUs enter service.

Update: RegioJet will start its operations on these regional lines in December 2019 – starting with ex DB Regio 628 DMUs, being fully replaced by December 2021 by the fleet of 7 new PESA Elf.eu EMUs.

The Pesa-built Elf.EU is a new version of Pesa’s Elf2 platform of electric multiple units and RegioJet will be the launch customer. The indication EU shows that Pesa has the ambition to deliver this product, available in various configurations, to the European railway market.

The ones to be built for RegioJet will be multi system: 3kV DC and 25kV 50 Hz AC. Pesa also has variants for 1,5kV DC or 25kV 16.7 Hz AC available. The company is planning for, after overcoming a difficult time, its comeback to the European market.

Update: This middle section of each car is low-floor, the doors offer a platform level entry at 600 mm above the rail. 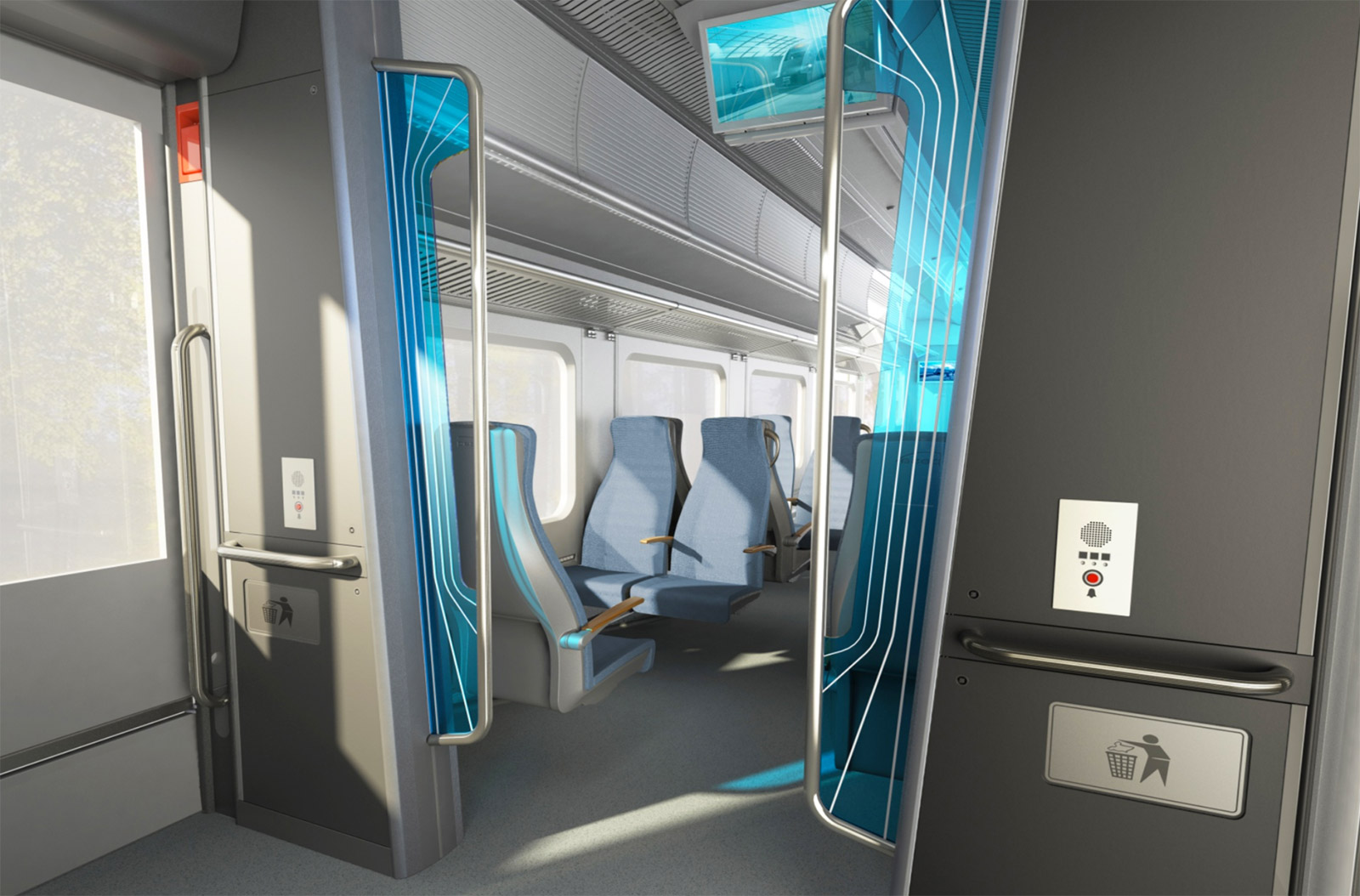 It is surprising that the official impressions show the RegioJet Elf concept in green base color. While yellow is the well-known RegioJet tone, according to Zdopravy,  the green base was chosen following a condition that came from Ústí region.