Over the summer Akiem signed a contract with German rail freight operator HSL Logistik for the lease of six TRAXX locomotives – three TRAXX AC3 (187) machines for Germany and three TRAXX F140 MS2e (186 series) locos with a DE-AT-BE-NL package. On 29.11.2017 Akiem officially handed over the three 187s to HSL Logistik in Kassel.

As of now Akiem 187 500 (orange) and 501 (brown) are being operated by HSL Logistik. The third machine will arrive later this year. The leasing contract is another result of the fruitful cooperation between Akiem and HSL Logistik, which have been partners for many years now. To celebrate the long-term relation between the companies a special design has been created by Railcolor Design with the thme ‘European Logistics Together’. All six machines of the contract will receive this livery, each in a different color.

With the 187 500 and 501 now being in service, the delivery of this type of electric to Akiem has started. The lease company already had four TRAXX AC3 electrics in its fleet, but with a different configuration; The designation 187 011-014 entered service in 2016 and have a DE/AT/CH package and a Last Mile diesel shunting module. The first new 187 500 series locomotives are for Germany only and have no shunting / diesel module. The 187.5s are part of a frame contract that Akiem closed with Bombardier in 2016. At this moment 36 electrics (AC3 and multisystem) have been ordered base on this contract.

HSL Logistik now has over 35 locomotives in its fleet and has decided to focus on using TRAXX locomotives from Bombardier. Until now HSL has been leasing locomotives from companies such as SBB Cargo, Alpha Trains, Beacon Rail and Akiem, but soon this will change. In the next months the first own locomotives will be completed by Bombardier. During the presentation of the 187 500 and 501 also brown liveried 187 535 was seen outside the factory awaiting the final tests. 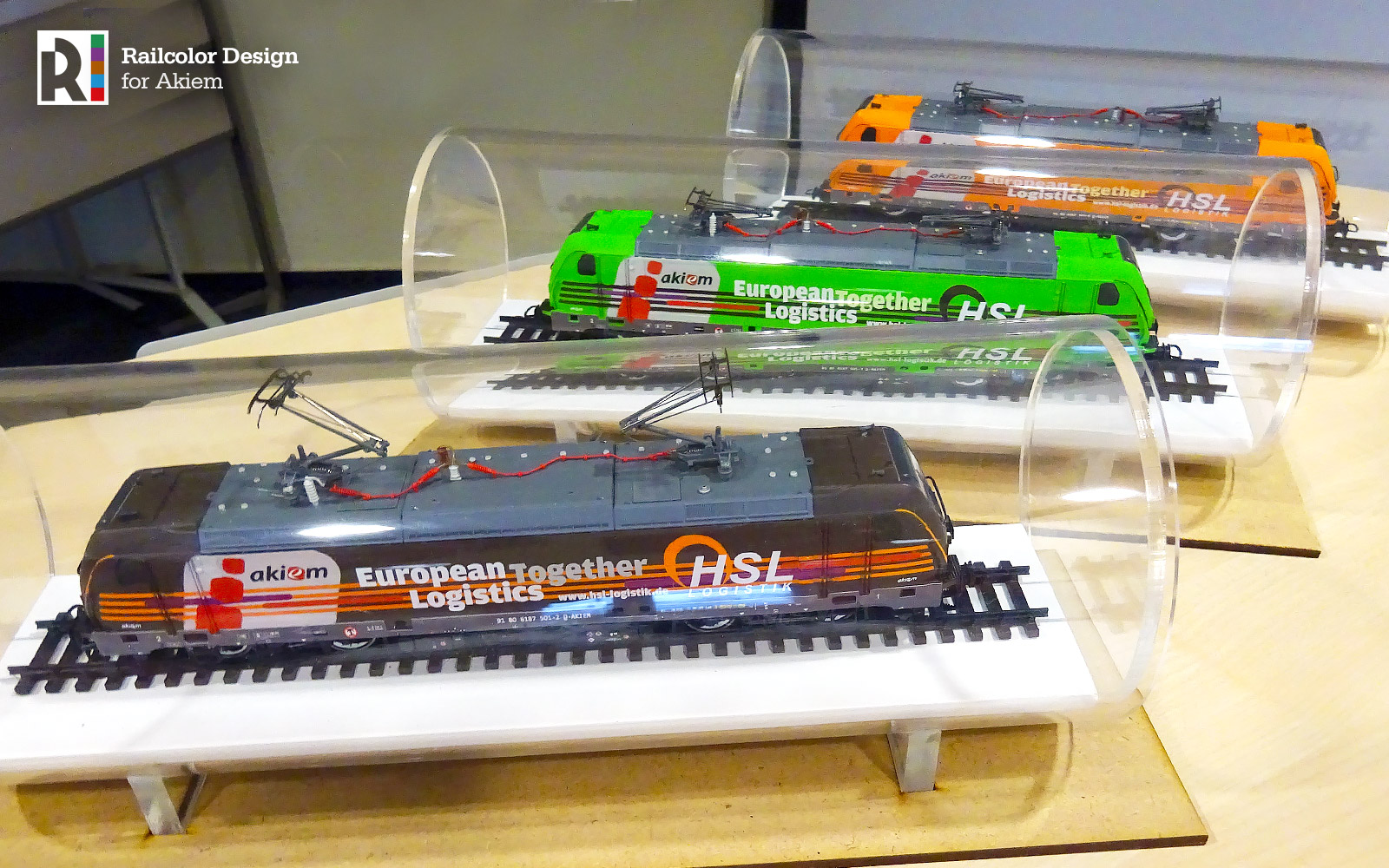