On 22.09.2016, Siemens has won its 25th customer for the Vectron locomotive: Swiss rail freight operator railCare has ordered seven locomotives of this type from Siemens. The contract also includes service and maintenance of the locomotives over a period of eight years. The AC-powered Vectron locomotives will be used to haul freight in Germany, Austria and Switzerland. The 6.4-MW locomotive has a top speed of 160 kilometers an hour.

railCare is a wholly owned subsidiary of Coop, the Swiss retailer and wholesaler, and transports freight for daily needs within Switzerland with its own trains and trucks. The new locomotives are to be used for distributing goods in unaccompanied combined transport (UCT).

In addition to delivering the seven locomotives, Siemens signed its first full service contract in Switzerland, with railCare. Over the coming eight years, all maintenance work on the Vectron locomotives will be carried out by Siemens.

The locomotive seen in the title picture is Siemens stock locomotive 193 844. It was on display during InnoTrans 2016: 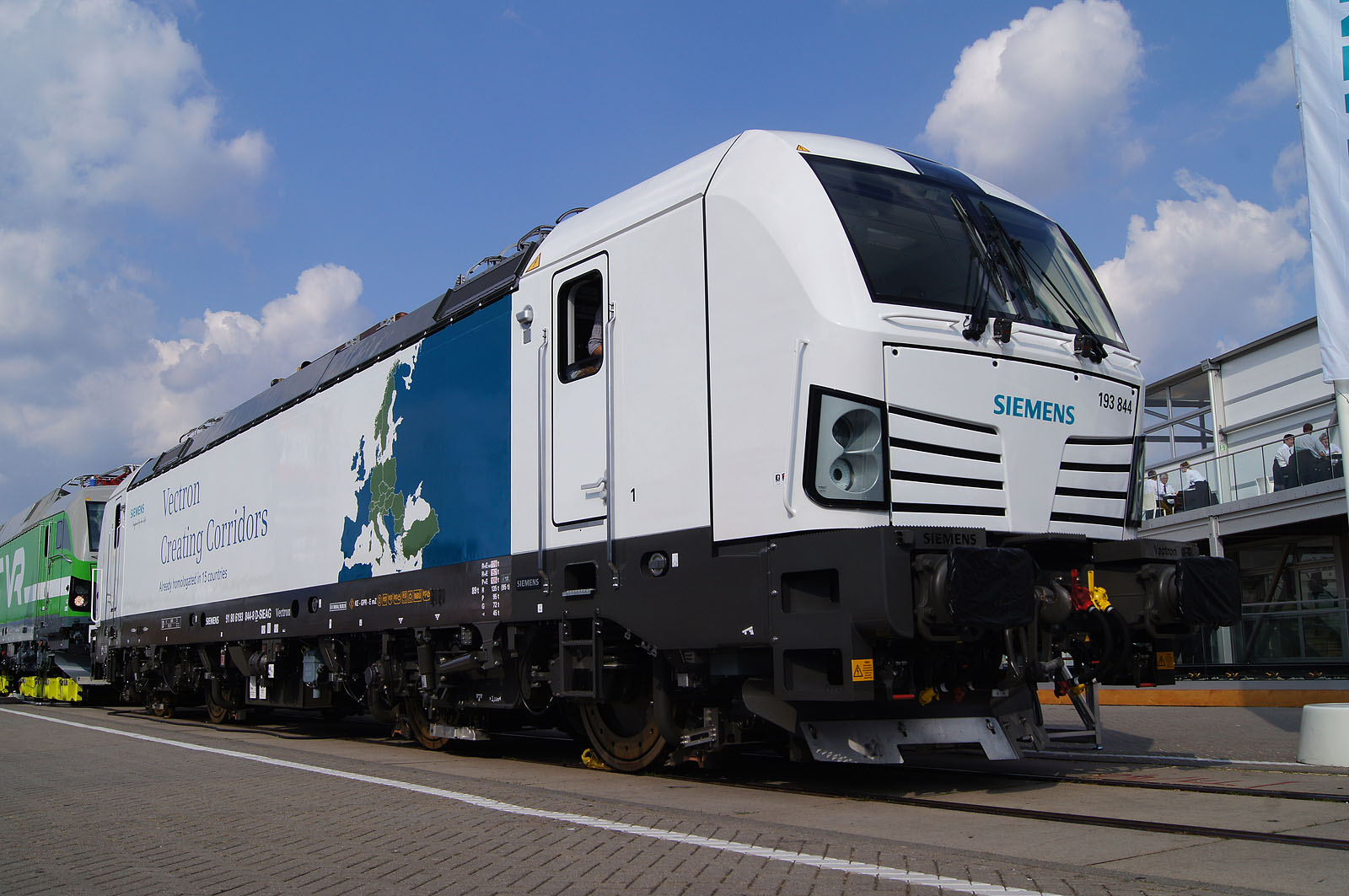