Since the 12th of June, MitteldeutscheRegioBahn (MRB, part of Transdev) has taken over the services of the RE3 (Dresden – Hof) RB30 (Dresden – Zwickau) and RB45 (Chemnitz – Riesa – Elsterwerda). MRB was awarded the transport contract in June 2015. Verkehrsverbund Mittelsachsen (VMS) that tendered the lines as ‘Elektro-Netz Mittelsachsen II’, ordered new Coradia Continental trains from Alstom.

Almost one year before testing, homologation, and commissioning were started. This was done with the first seven trains and continued until the Spring of 2016. Awaiting commercial services, many EMUs were parked at Dresden-Friedrichstadt and Chemnitz-Hilbersdorf freight yards. 1440 201 and 202 were sent to Munich after the Meridian crash in Bad Aibling to replace the damaged trains. 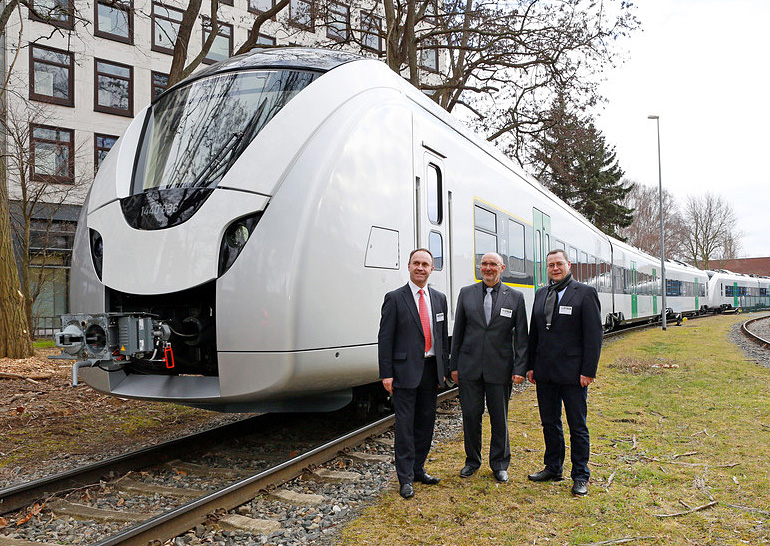 VMS placed the order for 29 trains back in April 2014.  At that time, VMS was the second customer for the Coradia Continental with the updated front section. The contract had a value of EUR 144,6 million and included the maintenance of the trains for a period of 16 years. Alstom will perform service and maintenance in a newly erected workshop at Chemnitz Hauptbahnhof. An option was taken for 23 additional trainsets. 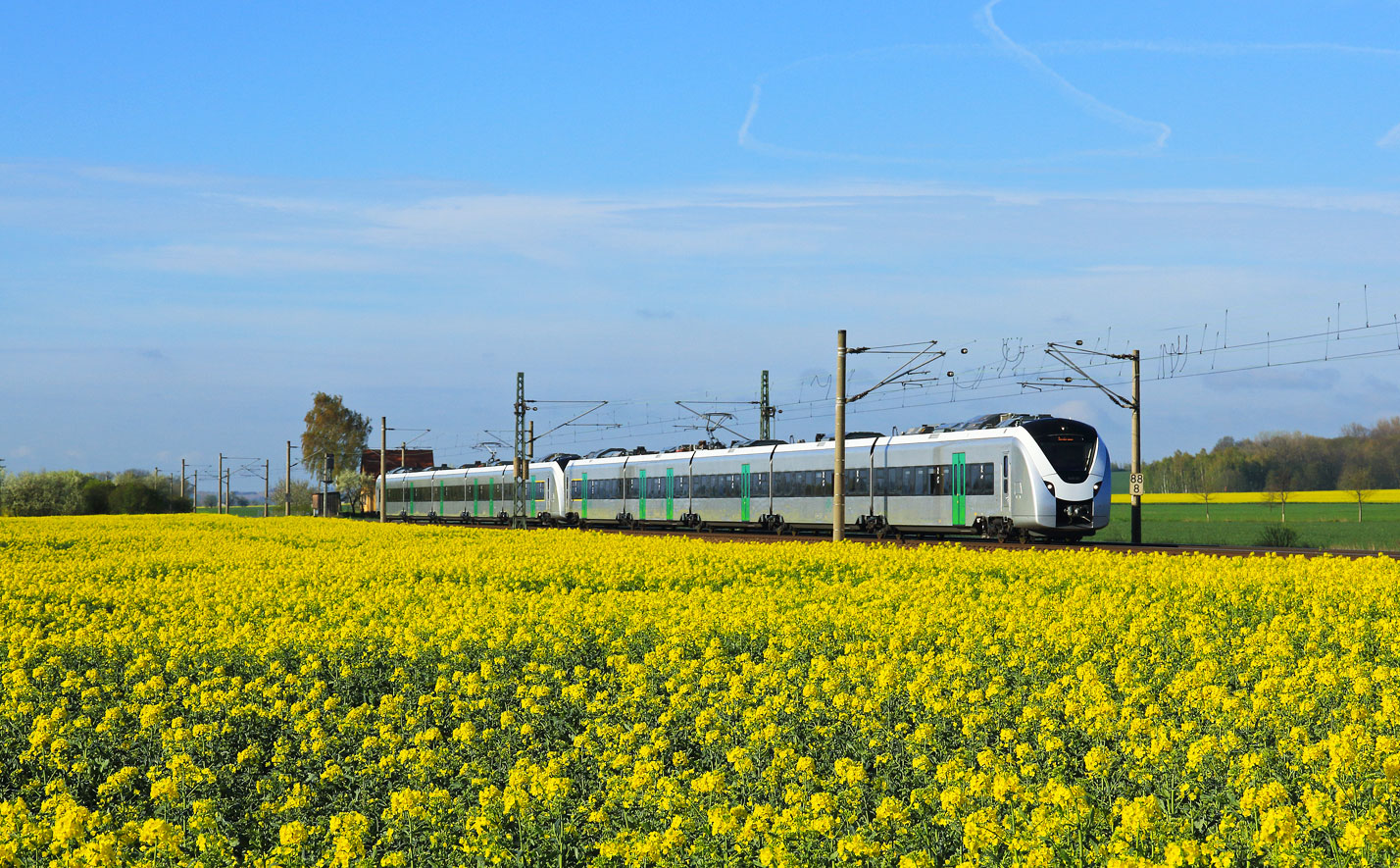 Two EMUs on their way from Dresden to München in the wonderful rapeseed fields around Jessen. Federico Santigati