During the last couple of months, we have set up a facebook fan group for ‘oldskool’ locomotives in fresh new liveries. This results in more visibility for locomotives such as DB Cargo no. 90024, that recently was rebranded as ‘Malcolm’ locomotive. Malcolm Rail is a freight operator from the UK.

It inspired us to look up some other Malcolm designs. Let’s start with some fun, made by Mr. Luck, very active on Flickr. He is well-known for its fictional livery designs and he also produced several fantasy Malcolm liveries for locomotives such as Class 37, Class 60 and Class 68.

But there were three real Class 66 in Malcolm livery: Porterbrook 66405, Halifax 66412 and Halifax 66434. In their Malcolm period, they were all operated by Direct Rail Services (DRS). All liveries have been removed now, but we still have the visuals:

Visuals coming from our impressive Class 66 poster, showing all liveries of the Class 66 series locomotives: 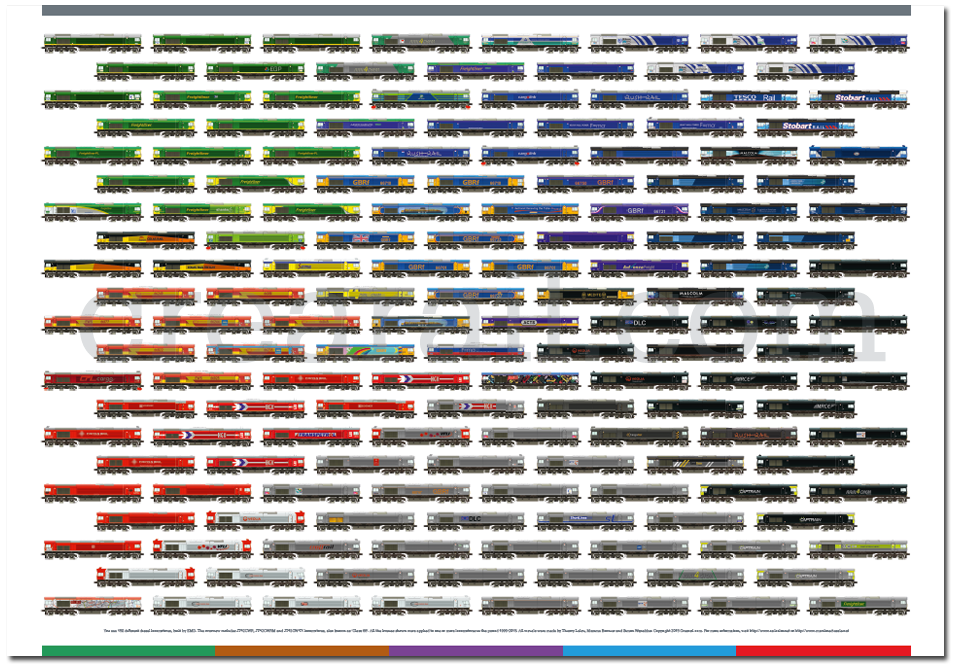