Stadler Rail has handed over the first unit of the altogether 6 Flirt intercity trains that it produced for the Hong-Kong based private operator MTR Express for operation in Sweden. The factory acceptance of the new train by the customer was held on 17.10.2014 in Bussnang [CH]. 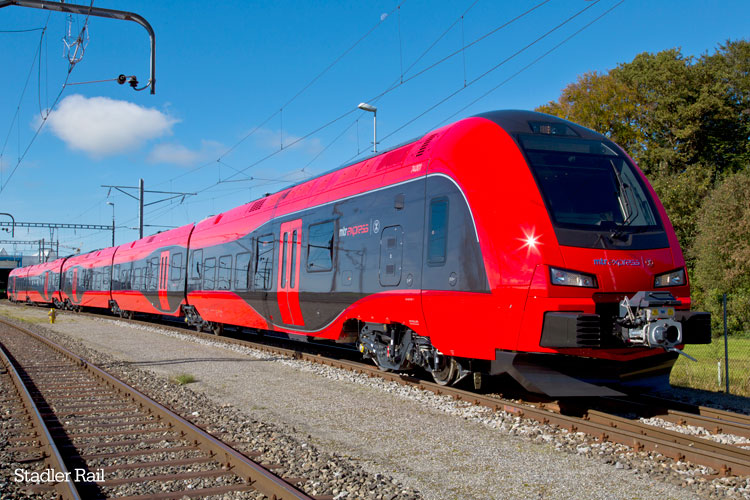 The first MTR Express Flirt will expectedly start commercial operation in March 2015 on the Gothenburg-Stockholm route. Stadler received the order from MTR Express altogether for six intercity FLIRTs only in November last year, and by now the company was able to successfully pass the factory acceptance of the first vehicle. The order is worth around CHF 85 million, the production and commissioning of the trains are carried out in Switzerland. With the new units MTR Express will provide a long-distance intercity service with around 16 connections per day on the route between Stockholm and Gothenburg. MTR Express is not the only operator on this route, it will provide the service in competition with the Swedish state railway operator, which is possible due to the deregulation of the Swedish passenger rail market.