Did you see it? Did you hear it? Monday 28.09.2020 was the day for protest, the NEE protest train made its trip through Berlin. 20 locomotives together, a unique sight. An image and video report about this special day.

20 locomotives, an impressive sight, on a route where you seldomly see electric freight locomotives, let alone so many at the  same time. The noise of all the macrophones was impressive. But you may ask, why did this happen? What was the point of this ‘protest on rail’? Well actually, there were three statements:

A protest to be heard

Netzwerk Europäischer Eisenbahnen (NEE/„Network of European Railways“) and its member organized the event. NEE represents around 70 private rail freight companies in Germany (80-85% of the overall number). This was the route: 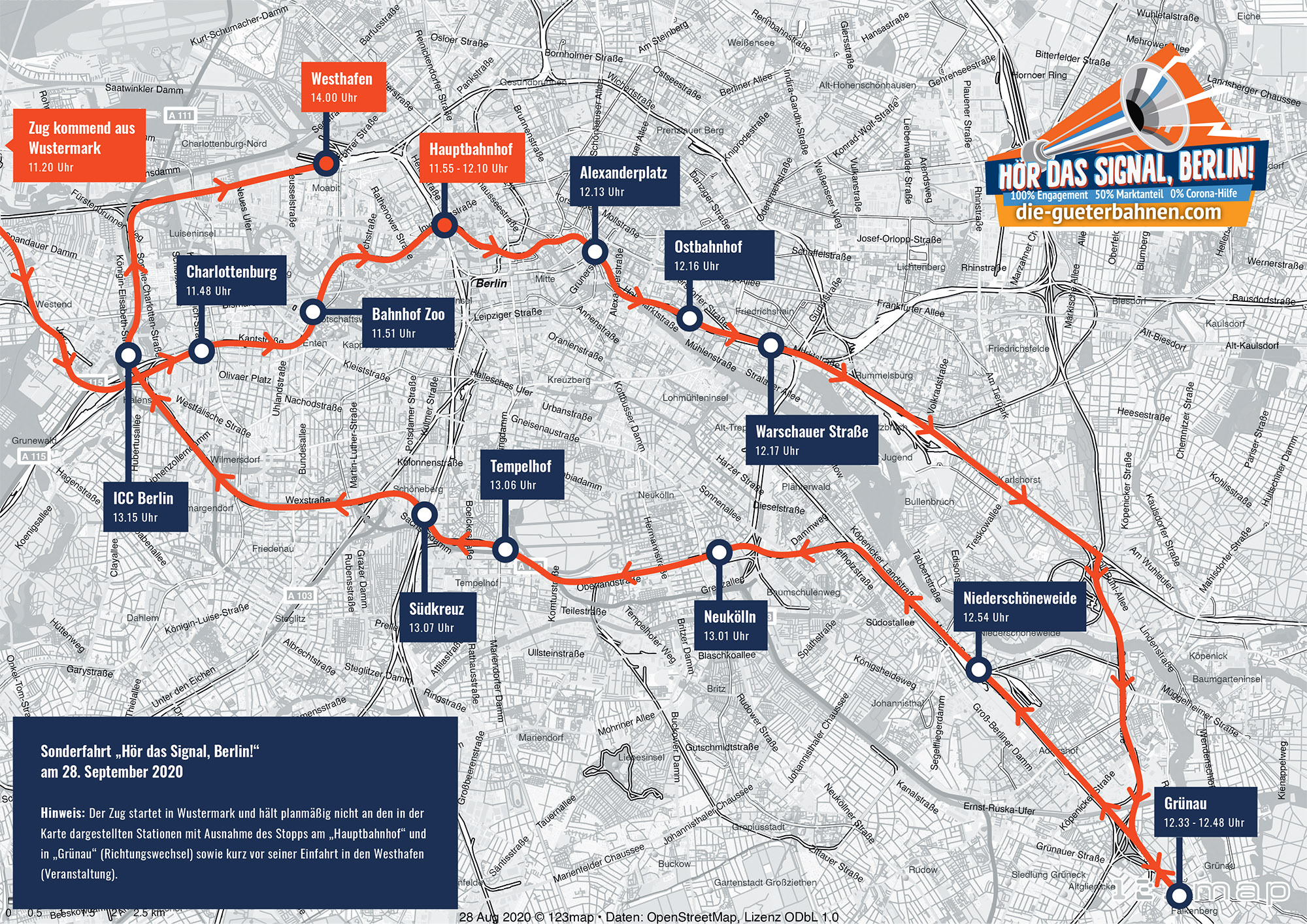 Symbolically, the train called at Berlin’s Central Station at five minutes to twelve, expressing the urgency of the action. All 21 locos arrived at platform no. 12 where statements were made, and press and railfans as well could make their unique pictures and videos. From Hbf the train continued its trip over Berlin’s Stadtbahn through the heart of the city. Eventually, it returned to the west via the southern ring (not electrified) and ended at Westhafen in the northwest.

The day itself: a visual report

GermanyNEE
Enter your email address. Only after you clicked the link in the confirmation email, we will create a new password for you.
This website uses cookies to improve your experience. We'll assume you're ok with this, but you can opt-out if you wish. Accept Reject Read More
Privacy & Cookies Policy