Direct Rail Services has published a tender for the procurement of 10 mixed-traffic diesel-electric locomotives with maximum contract value of 53 million GBP, excluding VAT. The tender is a call for competition for the design, building, testing, homologation and commissioning of the 10 locos. The inclusion of the potential provision of maintenance and servicing, technical support, spares supply and financing is anticipated. The locomotives should be introduced into service in the third quarter of 2019 and are needed by the British rail operator to meet long term parent body and customer transport objectives.

The structure of the tender calls for competition and has room for negotiation. Therefore, it does not necessarily imply that additional Class 68 locomotives are to be ordered. Furthermore, in contrast to the 34 Stage IIIa compliant Class 68 locomotives that Stadler has delivered in recent years, these new locomotives will most likely meet the more stringent Stage IIIb requirements. Despite the open tender, the readily available, homologated and Stage IIIb prepared UKLIGHT is a likely candidate. Especially, as it offers synergy effects (e.g. in the area of driver training, maintenance and spares) with DRS’ fleet of 34 Class 68 and 10 Class 88 locomotives, which are leased from Beacon Rail Leasing. 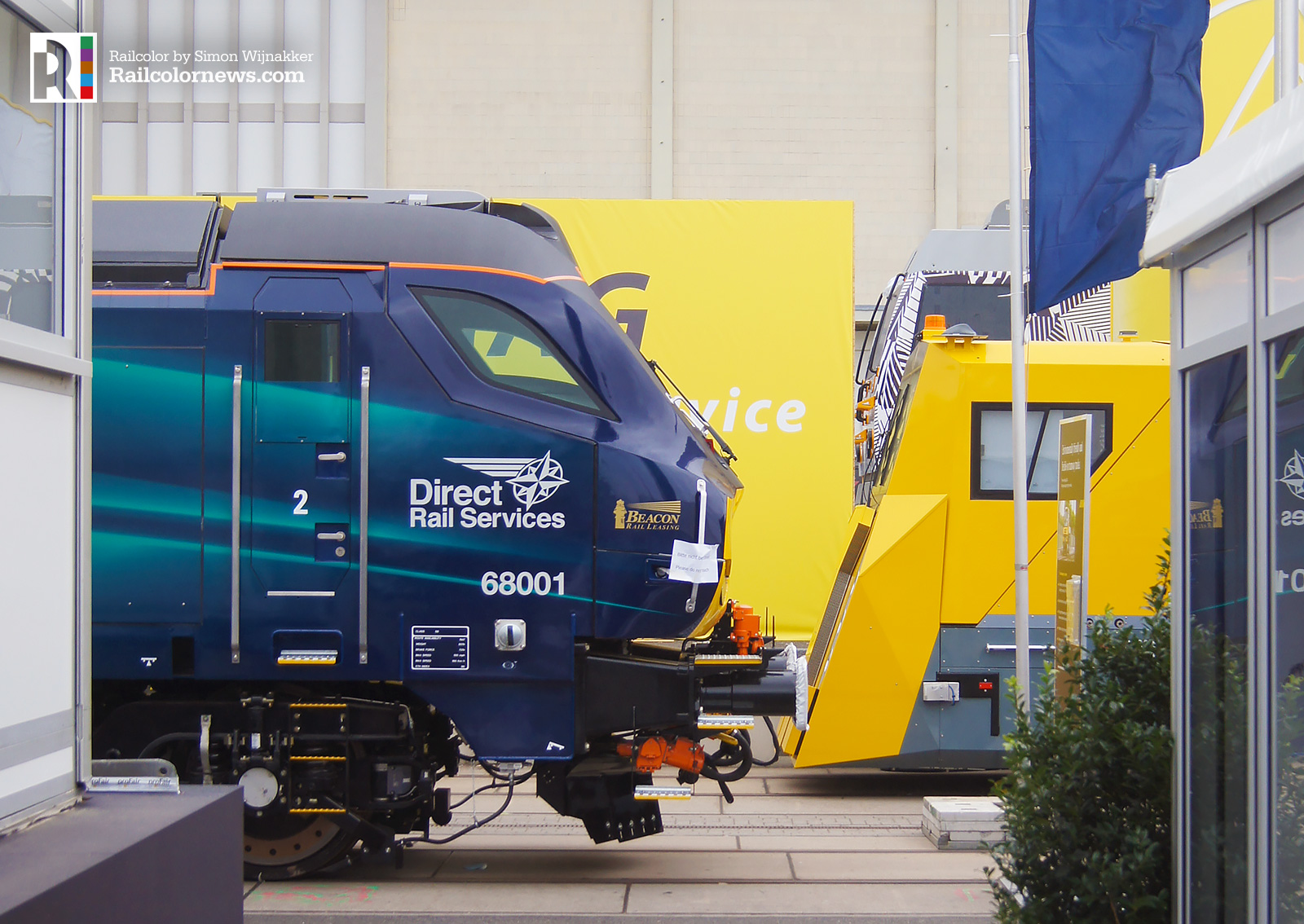 Direct Rail Services supports the activities of parent NDA (Nuclear Decommissioning Authority) by operating nuclear flask trains. Besides this, the British operator offers rail freight services and is active in passenger franchise support. The wide range of activities emphasizes the important role for mixed-traffic locomotives in the company’s fleet. Especially DRS’ passenger franchise support activities have been growing in recent years, seeing many of its Class 68 locomotives being used on scheduled passenger services.

Currently, Chiltern Railways operates six specially modified locos (68010-015) and has access to two spare locos (68008-009) if required. Abellio ScotRail operates two of the type (68006-007) and has access to one spare loco if needed. With technical and livery modifications underway and the first locos having been hired from DRS, First TransPennine Express is to operate 14 locos (68019-68032) together with new CAF-built Mk.5a push-pull sets and will have access to several spare locos. From July 2016 until early-September 2017, Abellio Greater Anglia had two locos (various numbers) on hire as temporary measure to replace DMU-operated services.

Learn more about the current DRS fleet of Class 68 mixed-traffic locomotives on MainlineDiesels.net.