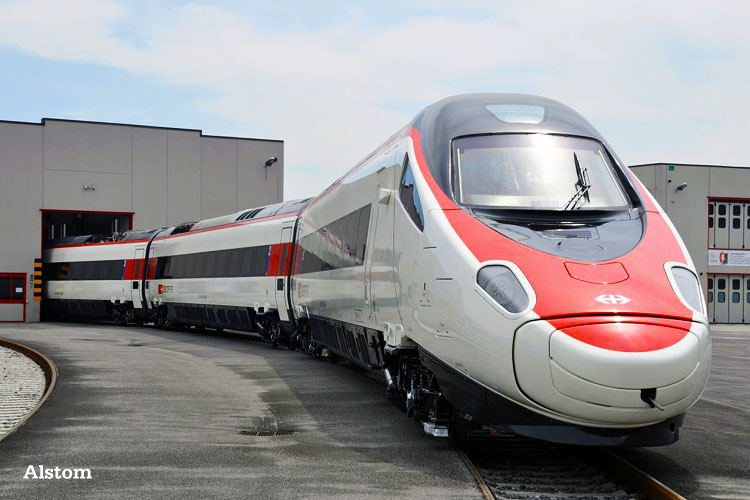 For many years now, SBB is looking for a replacement of the troublesome ETR470 trains that it is using for its border crossing services to Italy. They are just too unreliable and this will not change. After considering various options, including a variant with loco-hauled trains, SBB decided to order more ETR610 trains to replace the ETR470s. Eight new sets were ordered in 2012.

SBB already owns seven ETR610 trains, inherited from the Cisalpino joint venture that it once had with Trenitalia. After many reliability problems resulting in a image problem for Cisalpino, SBB and Trenitalia decided to terminate the JV and to split its fleet. SBB now operates 610 001, 005-007, 009-010, 013-014. Trenitalia got the other seven trains from the Cisalpino fleet.

The first train of the second batch is now ready for the first dynamic trials. It is expected that the first trains will be handed over to the SBB before the end of 2014. The new series is equipped with ETCS 2 signalling systems and an active tilting system. Its top speed is 250 kph. A single train can accomodate 430 passengers. – Alstom/wikipedia/RK